At one of The Team Training Institute's Blue Diamond Retreats, doctors were talking about what really affects case acceptance and Dr. Meis told the group a story about a star employee leaving his practice.

Dr. Meis was forced (very quickly) to figure out why.

Here's what he learned:

He learned that he needed to create a system to ensure that every patient had the same experience and that every doctor was being set up for success when they presented a treatment plan.

So he meticulously developed that system, and when he implemented it, case acceptance increased by 10% across the entire practice.

The Case Acceptance Workshop is designed to help you create this system in your practice. During this packed 2-day workshop, we'll help you engineer your system to rapidly increase your case acceptance rates by 10% or more.

Join Us for Case Acceptance 2022

“I went from $90k/month to $173K/month after attending the Case Acceptance Workshop!” 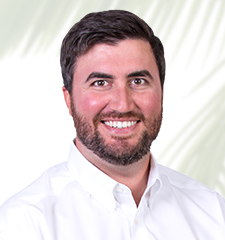 "The processes that Dr. John and Wendy laid out during the 2-day workshop really made it SIMPLE for us to implement. I used to have multiple treatment plans for each patient and now I see how complicated and confusing that was for the patients and how much time, energy and effort it took on our end. Now, with focused treatment plans and an emotionally connected exam to know exactly what the patient wants and come to a conclusion in the operatory with the patient about what path of treatment they want to go down. Really eliminated all of the confusion – everyone knows what the next step is."

"Before the workshop I was averaging about $90K a month. 4 weeks after, I saw the same number of patients and produced $143K. The next month was even higher - $173K. I can’t thank you enough – I just did what you told me to do and it works. EVERYONE is happier and my patients are receiving the care they need and want!"

NOTE: We Can Only Work With 15 Practices

Due to the in-depth nature of this workshop, we can only work with 15 practices. We purposely keep this event small, so that each practice receives the personal attention that they need to create their treatment planning and case acceptance system.

This workshop was created for the practices that want to improve their case acceptance rate and have patients who go without the treatment they need. If you have inconsistent diagnostic criteria and exam processes or have team members who use different language with patients and each other when discussing treatment, this is for you.

Here's What Will Happen Over The 2-Day Workshop:

What You Can Expect After Attending:

Our goal at the Team Training Institute is to create self-managing practices that can be run by teams of highly-qualified people.

After attending the Case Acceptance Workshop, you'll have strong systems and processes that your teams can use and strategies to help them to sustain those systems.

The investment in the Case Acceptance Workshop is $19,999.

There are payment plans available and you may bring your Associate Doctor(s) for just $4,999 per doctor.

If you are currently a member with the Team Training Institute, use the following promo codes to get your member discount:

Blue Diamond members get $3,000 off the registration fee PLUS an additional $500 off each additional doctor registered by using the promo code diamond.

Hygiene Champion and Elite Members will receive a $2,000 discount of the registration fee by using the promo code hygiene.

All returning practices are eligible to take an additional $2,000 off their registration fees by using the promo code return22. This can be used in conjunction with the above promo codes.

Join Us for the Case Acceptance Breakthrough Workshop