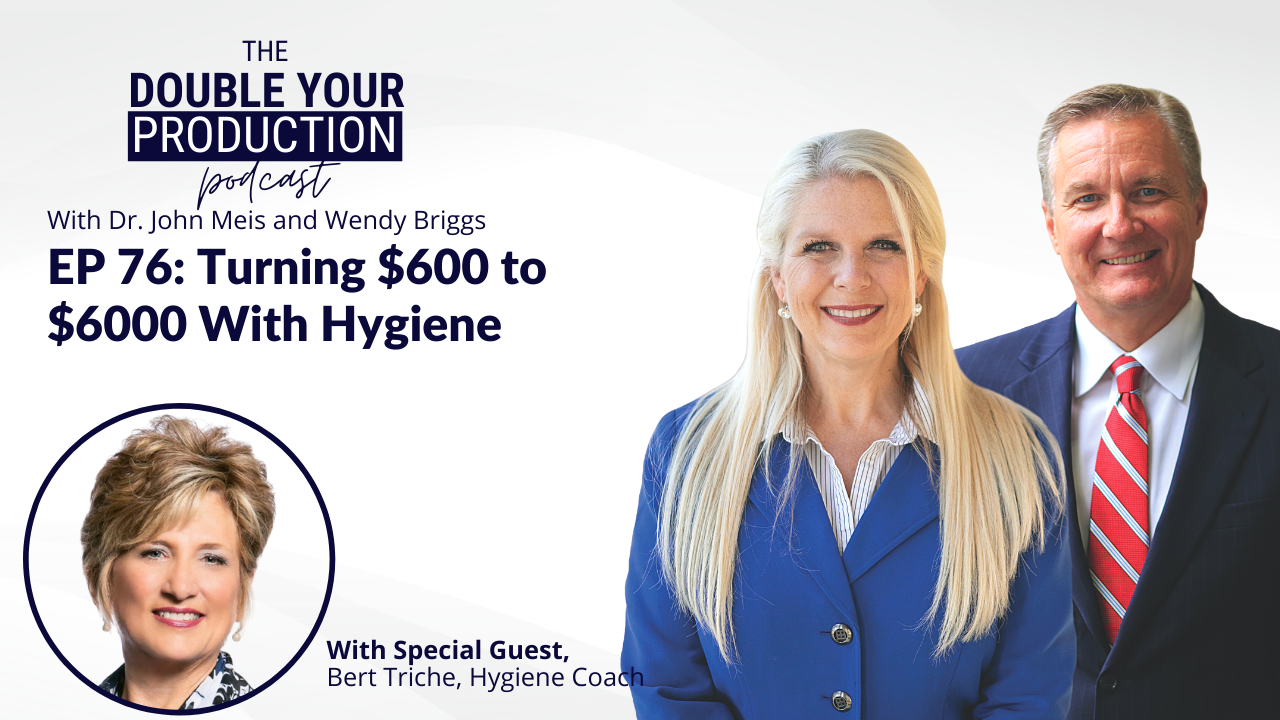 Bert Triche, a hygiene coach, discusses with Dr. John & Wendy a common mistake that practice owners make that leaves them missing out on hundreds of thousands of dollars in the long run for a little short-term gain. She shares a common scenario that happens when doctors think about performance-based incentives for hygienists.

Bert has over 32 years experience in dentistry. She is a practicing hygienist and is currently coaching and training for The Team Training Institute, focused on increasing practice profitability and improving hygiene systems.

She is a proven top producer in the field and has coached many hygienists to more productive hygiene days. She has worked in all aspects of the dental practice…hygienist, chairside assistant, front desk manager, treatment coordinator, marketing director and most recently office manager.

She has a really unique delivery style which is quite entertaining and infused with her passion and enthusiasm for the profession. Bert has been a coach with The Team Training Institute for 2 years now and currently lives in Reserve, LA just outside of New Orleans with her husband and 3 children.

Grab a FREE copy of our book.

The Ultimate Guide to Doubling & Tripling Your Dental Practice Production…How to Build an Unstoppable Dental Practice With The Freedom to Enjoy It! It reveals our 5-step process for success in any dental practice regardless of your size, location, and situation –> Click Here

Get our 100 days checklist, which we have updated to the most recent version entitled The Recession Recovery Checklist. This is where every practice should be starting. Go to www.RecessionRecoveryChecklist.com to download your copy today

Find our video podcast updates by Wendy and Dr. John on our facebook page : Here.

5. WHO resources, including script, found: here.