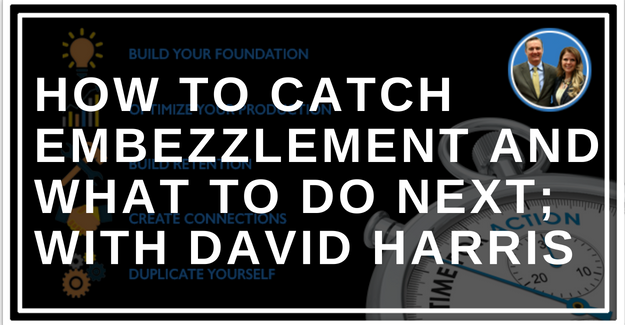 David Harris lets us in on 3 ‘must-do’s’ that you can implement in your practice tomorrow in order to lessen your vulnerability, avoid initial hiring mistakes and protect yourself against fraud within your staff (and what to do if you suspect this). While listening to this podcast with Dr. John and David Harris of Properident you will learn how protect your business, staff, patients and family.

“EP26: How to Catch Embezzlement and What to do Next; with Prosperidents David Harris” Transcript: