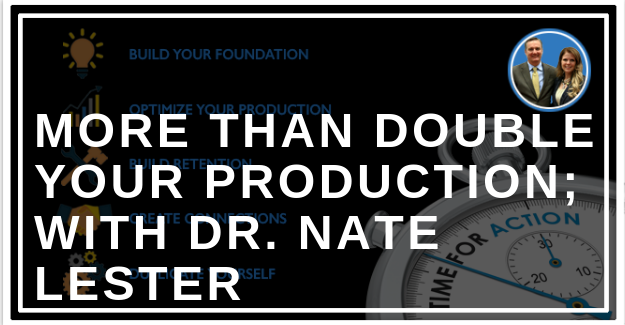 As a young doctor, Nate Lester found himself in his small town with no mentors and an amalgam filling to finish. Dr. John and Wendy talk with Dr. Nate Lester about how he went from a first-generation college graduate to producing more than 4 million dollars this past year. His patient and community service are astounding and that results in incredible profits. Listen in to hear how he, and YOU can double your practice production tomorrow.