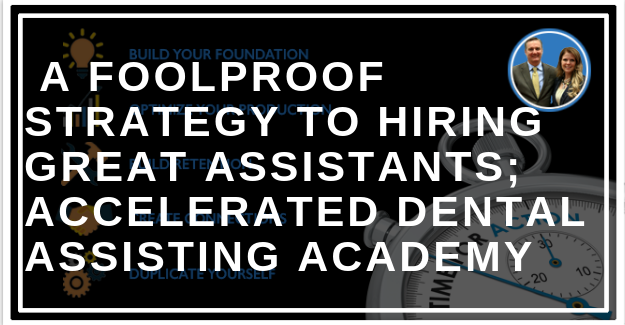 Join Dr. John while he interviews Davis Roux and Patricia Hovis about Accelerated Dental Assisting Academy— a 10-week, accelerated dental assisting program that is customized and built right into dental offices all over the country. Their program has the ability to determine if this is a good fit for your area and practice, then implements their own curriculum, taking the risk and hardship of creating a dental assisting program and allowing you the benefit of the best employees. You don’t want to miss this episode!