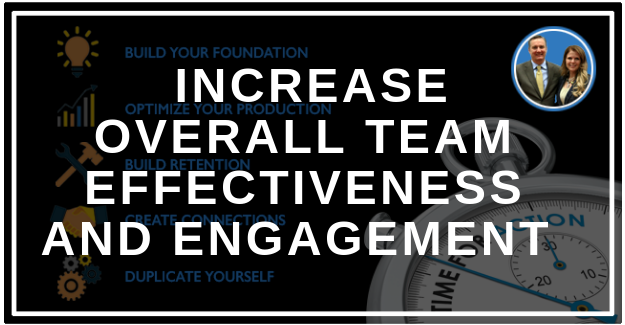 People are excited about their own ideas, goals and what they help create. This episode has something for everyone! Listen in to Heather Driscoll who dives into creating a dream team that provide support and ultimately elevate the overall environment in your office. Dive in full speed ahead with the tips and tricks she brings to the table, and implement them TOMORROW!

[silence] All right, listeners. Thanks so much for tuning in to Double Your Production podcast. Today, we have an awesome snippet from a live lecture given by one of our coaches Heather Driscoll, and it's all about increasing team effectiveness and overall engagement within your team. She gives a lot of really awesome diamonds about coming together and creating an overall team that is an investment in your practice. I really like the opportunities that she gives each team member to participate within your office. So if you're a member of a team tuning in, she has something for you as well as, of course, our doctors that are listening in. There's a ton of really good information here with Heather. So I hope you enjoy. This isn't a full lecture. I just grabbed a good amount of time that has some good information in there for you. But if you would like to reach out and come and see us live, we've got all of that information on our landing page. That's the www.theteamtraininginstitute.com/podcast. And this episode will be on there as well as other episodes and transcripts and other freebies and things like that. So jump on there to that website, check and see what you're missing out on, and if you would like to come and see us live, there's that information on there too. So go ahead and enjoy Heather today. Thanks so much for listening in.