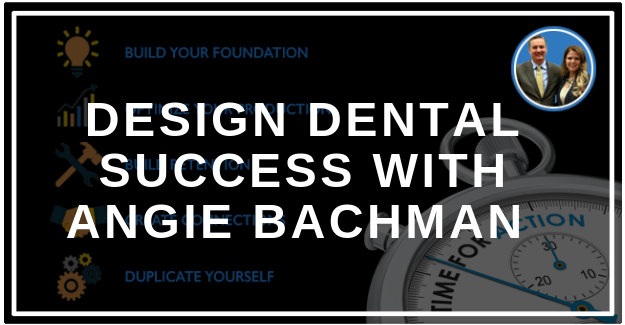 Dr. John talks with Angie Bachman, one of the trainers for Design Ergonomics. Angie shares about their process called Reboot Practice Productivity and how you can design your office to work for you! Increasing productivity by $50 an hour is no small feat! This program can influence your day to day practice with the equipment you are using and to top it off, listen in for an incredible offer on 'The Guide to Maximizing Productivity' and Reboot Practice Coaching.

Hey Double Your Production Listeners, Kati here! Thanks so much for tuning in! We’ve got an awesome show for you today with one of our favorites, Angie Bachman, from design Ergonomics. During this episode, Angie gives us an awesome opportunity for some deals from their company. We took a little longer getting her show on the air and so Dental Ergonomics have graciously extended the deadline on those offers! So If any of our listeners are sparked by her conversation with Dr. John and would like to get more information and participate in those deals, the deadline will be August 31— which is approaching quickly so listen in, and the head to our website, www.theteamtraininginstitute.com/podcast, click on todays episode (Episode #47) and there in the resources section will be the links to both the book and the coaching that are mentioned today. If you head over to the design ergonomics website which is desergo.com, you can also just use the promo code ‘team training podcast’ to claim these offers. Can’t wait to have you hear a little more from Angie about the cutting-edge thinking offered by this amazing company that we have had great experience with! I’ll turn the time over to Dr. John, Thanks for listening!

3. Offer for FREE book The Guide to Maximizing Productivity, Here.    Enter Promo Code “Team Training Podcast” and other information. This offer is good until August 31st

4. Offer for 20% off Reboot Practice Coaching, Here.    Enter Promo Code “Team Training Podcast” and other information. This offer is good until August 31st