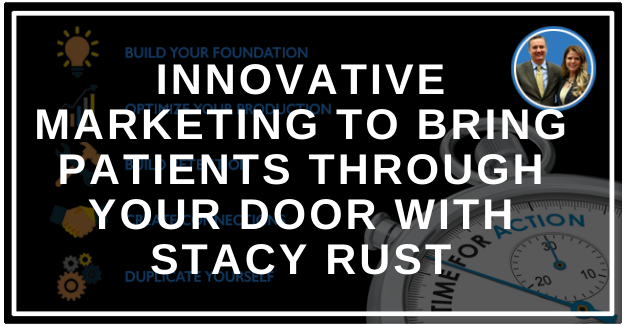 Stacy Rust, a Digital Marketing expert, and Dr. John discuss digital dental marketing, how to grab the low hanging fruit that you are overlooking! She explains how she helps her clients to see success with their marketing efforts to improve the dollars they are putting toward marketing by looking at the data and increasing your views with a few simple tricks. Listen in to this incredible episode for information you wont want to miss!

“EP51: Bring Marketing and Patients Through Your Door with Stacy Rust” Transcript:

3. Email Stacy at: www.stacy@stacyrust.com or find her website, here.