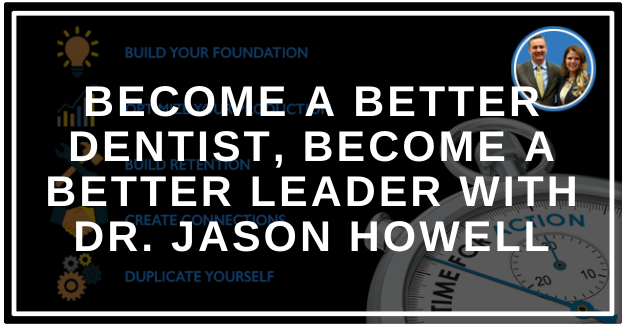 Dr. Jason Howell, A Business savvy dentist who has learned some tips and tricks to help you drastically increase your dental knowledge, production and leadership. Dr. John, Dr. Howell and Wendy discuss treatment planning for REAL life patients that are currently sitting in your chair and tweak your processes to increase acceptance of treatment you know your patients need, while improving yourself as a provider and leader. Listen in to this transformational episode and go back to your office and rock the work week!