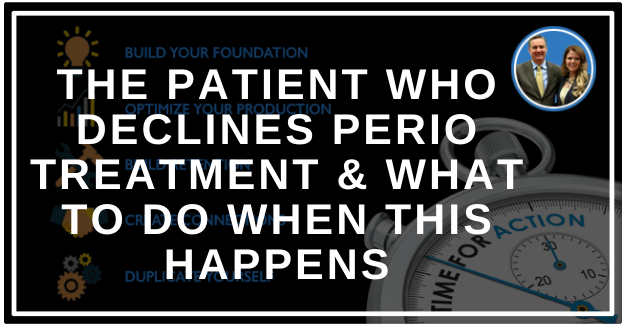 The age-old conversation on the patient who declines perio is one that Dr. John and Wendy hear ALL the time! This episode discusses a tragic story of providers who could not see eye to eye on this issue. How to discuss this disease, the treatment needed and the system to make sure patient, hygienist and doctor are ALL happy and moving toward optimal health creates an episode you will be eager to share with your co-workers!

"EP61: The Patient Who Declines Perio Treatment & What To Do When This Happens" Transcript: